Finished! (And Starting a New One…)

Last week I finished grouting “Tree” and had to do some shuffling to get her upright in my space so that I could get a picture of her. That took some doing–she’s BIG and HEAVY–but I finally have a picture of her, completed. Still hoping to get a pic with better lighting, but this is a start at least.

I am looking for a place to show “Tree,” so if you know of a yoga studio / art gallery that would be willing to give her a place to be for a bit or who might be willing to give her a permanent home, nudge me. I’d love to find a place where others can see her on a regular basis. (And truth be told, she’s HEAVY and I’m moving into a second floor walk up apartment and I would rather not carry her up the steps if I can help it!)

I’ve also started a new piece for one of my favorite people in the world and my very first friend, my cousin, Mirra. She has been eyeballing my recent works centered around the Virgin Mary and because I know she’s more of a “red person” than a “blue person” I decided to create a Madonna piece just for her, with reds instead of the traditional Mary blue. 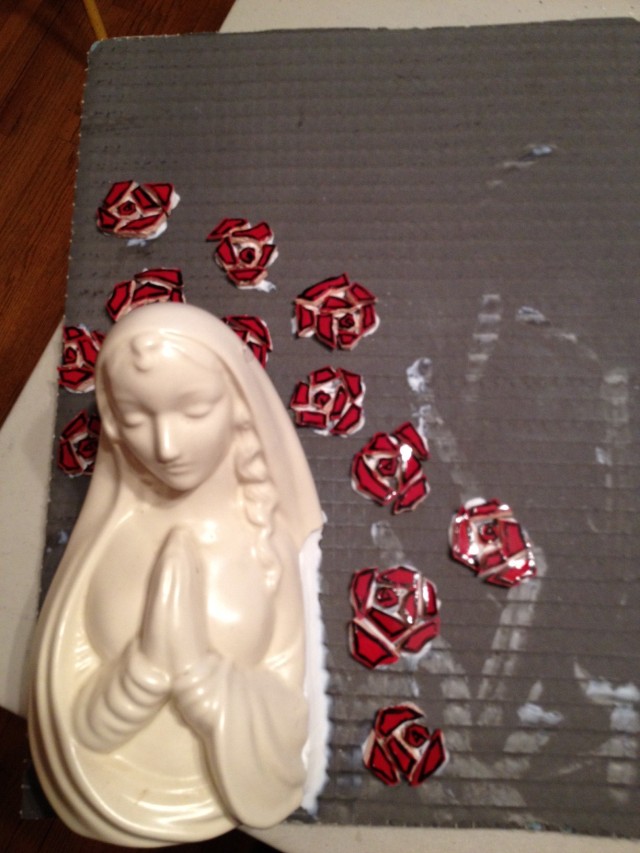 And here’s an updated shot of what she looked like this morning before I left the house: 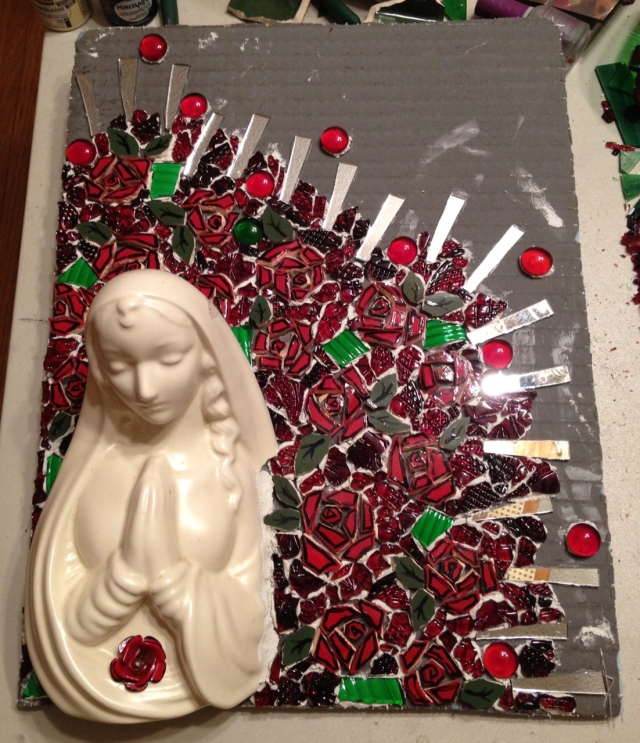 Now I have to attack the challenge of the next chunk of empty space. I have a few ideas mulling around in my head, but which one?? I hope to work on her some more this weekend, although my weekend is starting to look a little booked! I’m sure I will sneak in some time for mosaic as well as for working on getting my studio ready to move in a month.

Here’s to an amazing week…